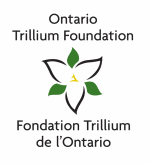 I had a chance to sit down with Dr. Patrick McNamara, Medical Director at Clarkson Soccer Club who divides his time between working round the clock treating newborns with complex and high-risk problems as the Neonatologist at SickKids and coaching the U17 boys team at Clarkson.

We spoke at length about Clarkson Soccer Club’s  long-standing medical program, which was conceptualized by the club’s Technical Director - Ricardo Isgro in 2012 and is the only program of its kind offered at the community club level in Ontario.

Started with the goal of promoting health and making healthcare accessible to players competing at all levels as well as coaches, parents and staff, this program has now evolved into a fully operational medical department. Since its inception, the focus has been to integrate a robust healthcare infrastructure within the club to support athletic development. Dr. McNamara described how the initial phases involved first aid seminars, CPR courses for coaches, summer camps and medical training provided by a team comprising of a physician, physiotherapist, nutritionist and psychologist.

Supporting all-round player development through management of both physical and mental health is vital to the player’s performance as these aspects directly impact both the individual player and the team. It is, therefore, important to incorporate healthcare advocacy into development programs at soccer clubs.

At Clarkson, the players’ development stages are closely monitored and the staff works closely with each individual to train them in all aspects – preventing sports injuries, lifestyle management, stress management, work-life balance, sexual education and counselling.

Dr. McNamara explained how with each year their horizon has expanded, with the medical department getting bigger in scope and resources. They now have a second emergency physician on board and a physiotherapist who attends to concussions and head injuries.

The awareness strategy includes training sessions to prepare the players for competitions by educating them about hydration, potential hazards of playing in the field on a very hot day and how to adapt, the dangers of concussions and how to recover from them. Older players are coached on balancing school life with demanding practice schedules. Counselling has also become one of the most crucial advancements for the club, and it extends to the coaches and parents.

A notable highlight of the program is the player health screening under which each player on the travelling team is tested for diabetes, hypertension and common medical issues that might potentially interfere with the performance and lead to long-term medical costs in the future.

Dr. McNamara emphasized how health screening for players at all levels is in the pipeline; particularly for the older players, in order to identify and manage those who might be at a higher medical risk as instances of sudden cardiac arrest and serious medical conditions arising during practice aren’t uncommon.

This initiative to make health screening an essential part of the soccer training programs (if not mandatory) across Ontario can only become successful when municipalities join forces with clubs to raise awareness and invest in facilities prepared for emergencies.

Currently, none of the soccer facilities in Mississauga have resources such as AEDs or medical equipment on field to take immediate action in case of emergencies.

In order to address this critical need, Clarkson’s emergency medical physician, Peter Toth has developed a medical bag for the teams, which includes necessary medical equipment, first aid and emergency devices for coaches, in case a player suffers any injury during play or training. The coaches are also trained extensively on how to use the tools made available to them.

Despite the numerous developments in the area, it is the players’ parents who are the sole supporters of the program, and with the limited resources, the club has to struggle to perform health screenings without charging any additional fee. Plus, all members of medical department work in voluntary capacity.

The hours, effort and funds invested to build and maintain this program ratify the commitment of everyone at Clarkson who is passionate about the advancing the sport of soccer. However, there are many out there who don’t have the ability to tap into these type of resources.

It is imperative that the Ontario Soccer Association acknowledges the gaps in soccer development at the community club level and takes the next steps in aiding clubs like Clarkson to advance such programs.

Dr. McNamara envisions a bright future for the athletes at Clarkson – a system wherein the players are educated according to a common curriculum; a required standard is instated for all coaches to perform first aid, basic CPR; secure mechanisms are designed whereby clubs and healthcare institutions are linked to provide better medical access to players and the screenings are conducted under a formal system.

Clarkson Soccer Club has been asked by the City of Mississauga for their support of the Ontario Games which will be taking place in Peel - August 2016. Dr. McNamara will be on loan to support the games as their Chief Medical Officer.