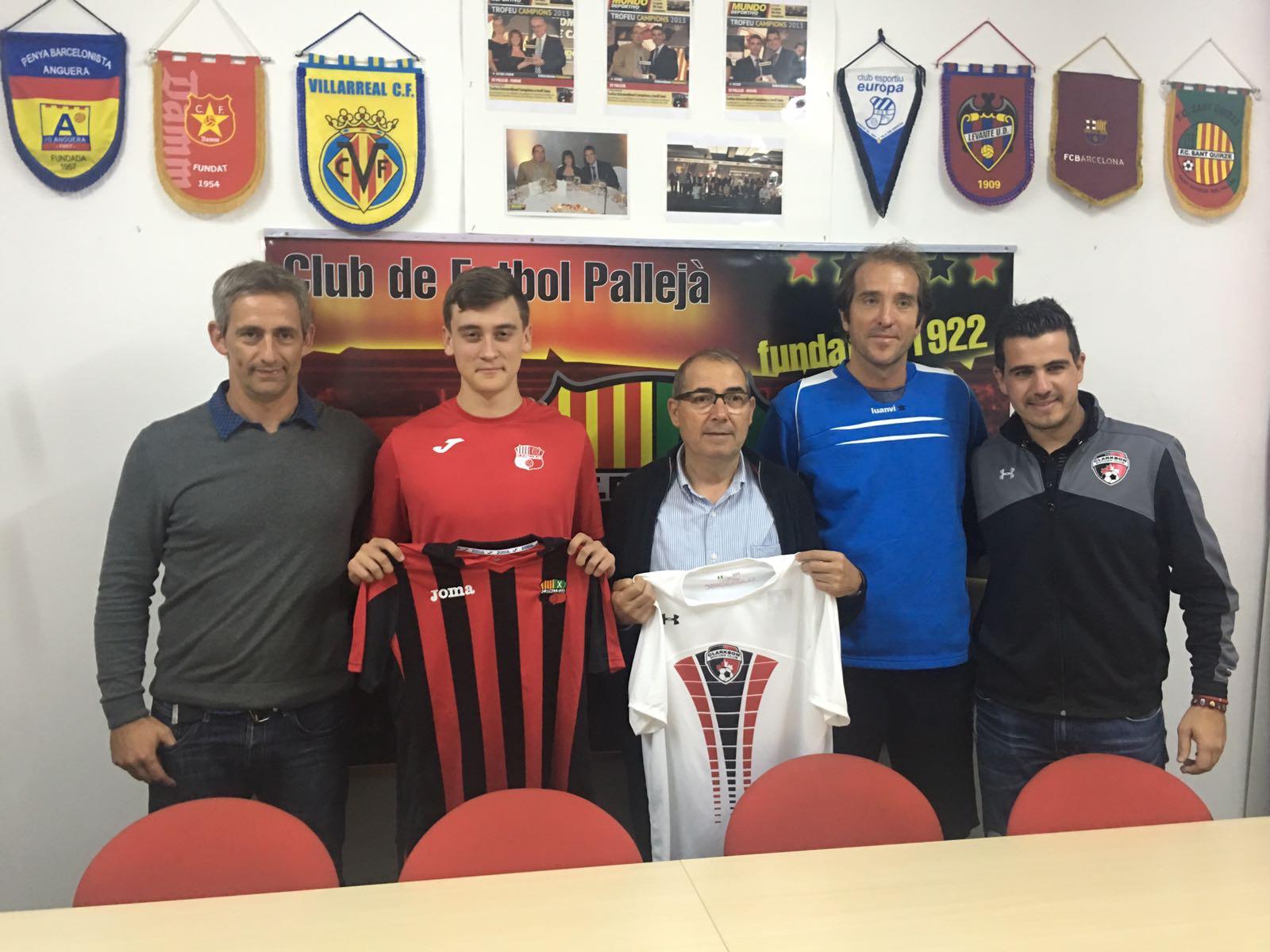 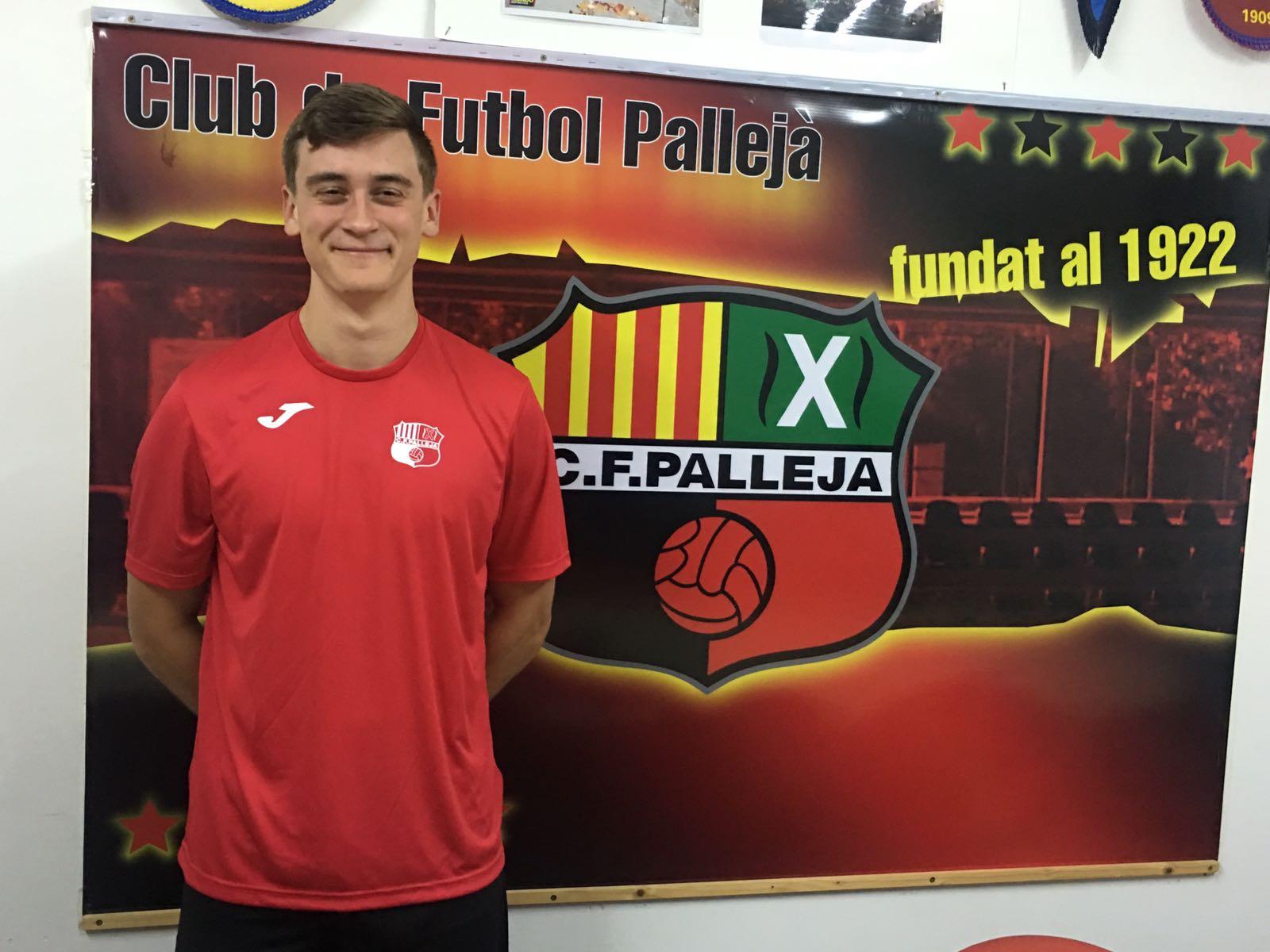 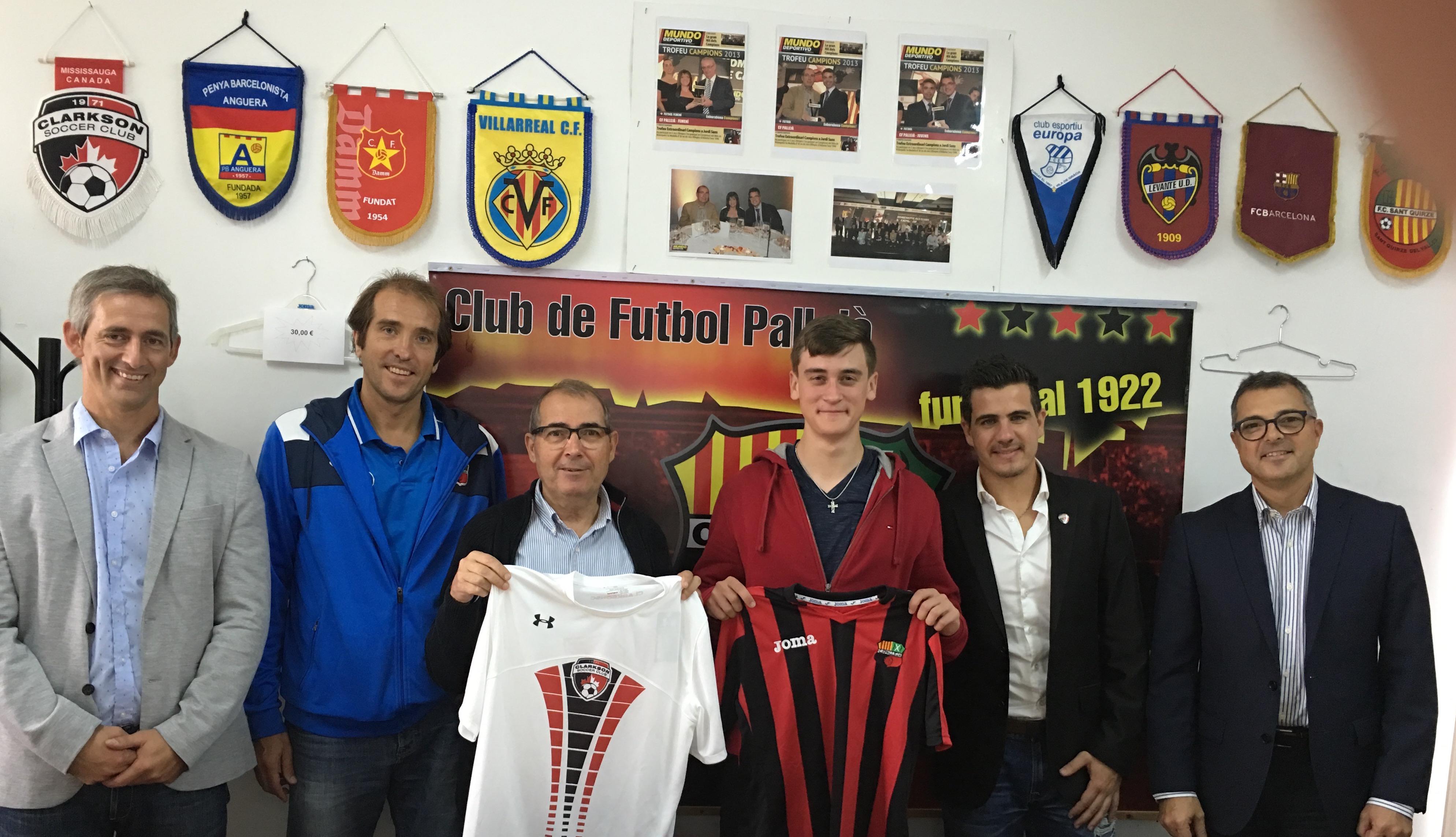 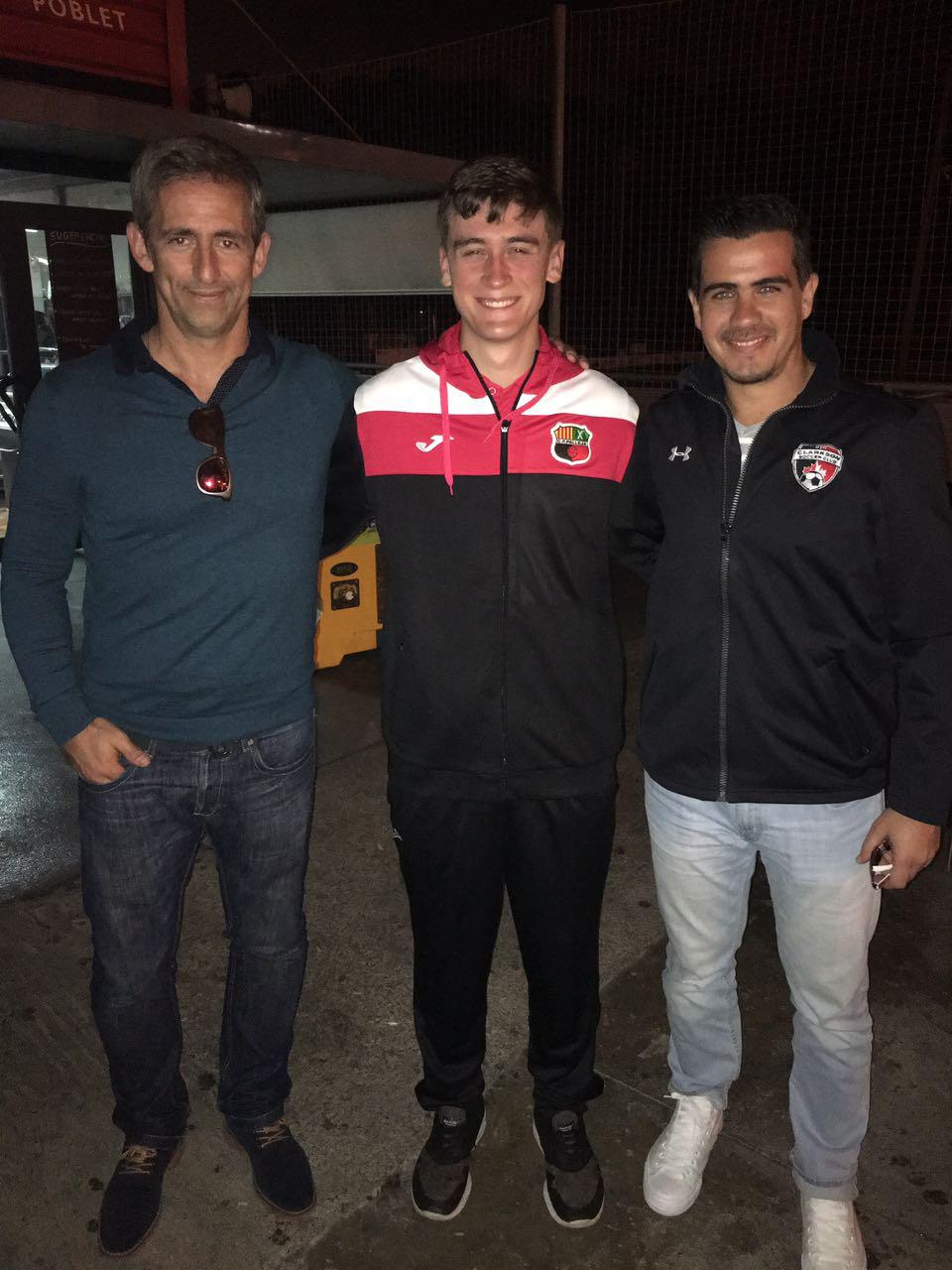 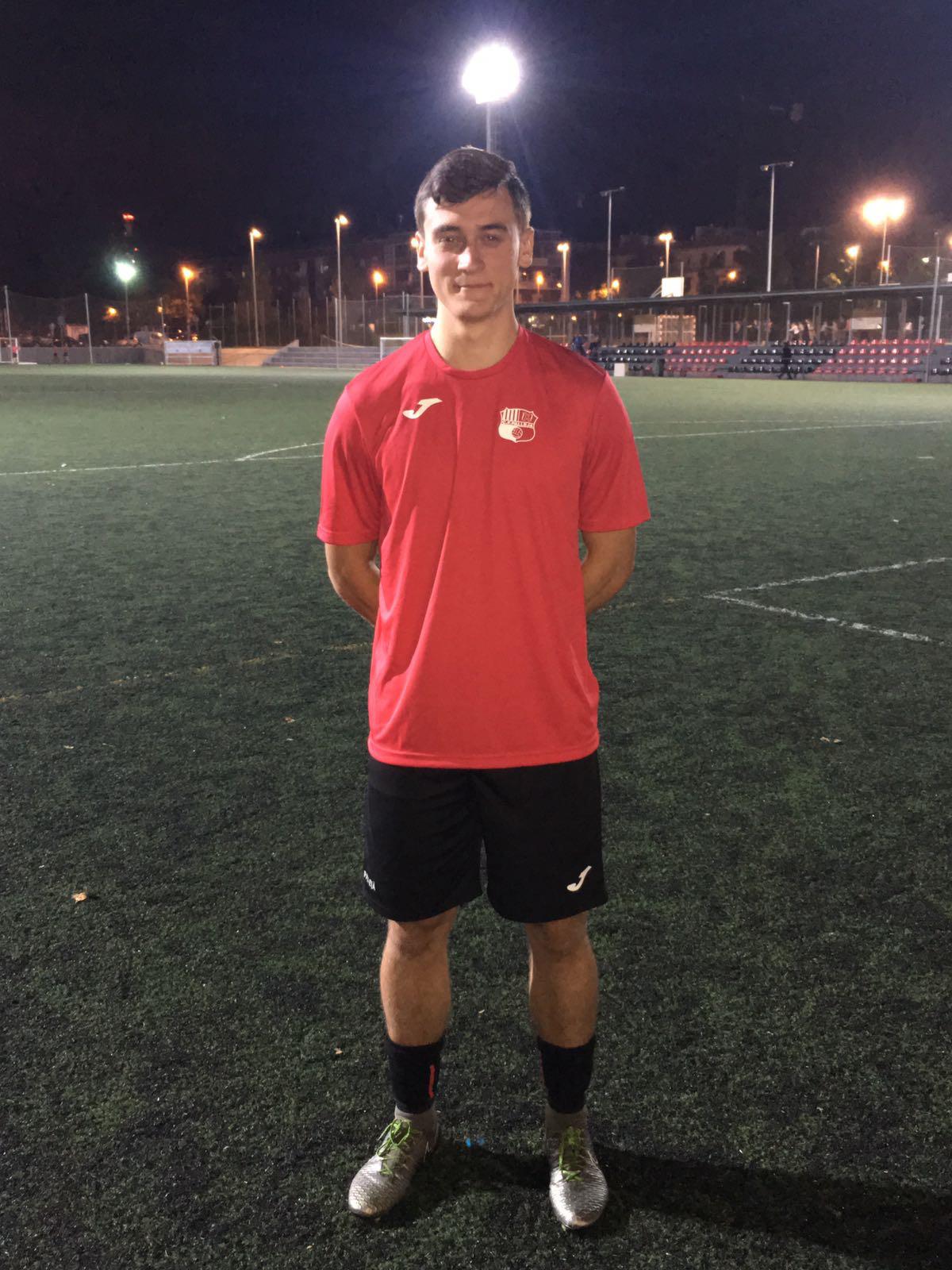 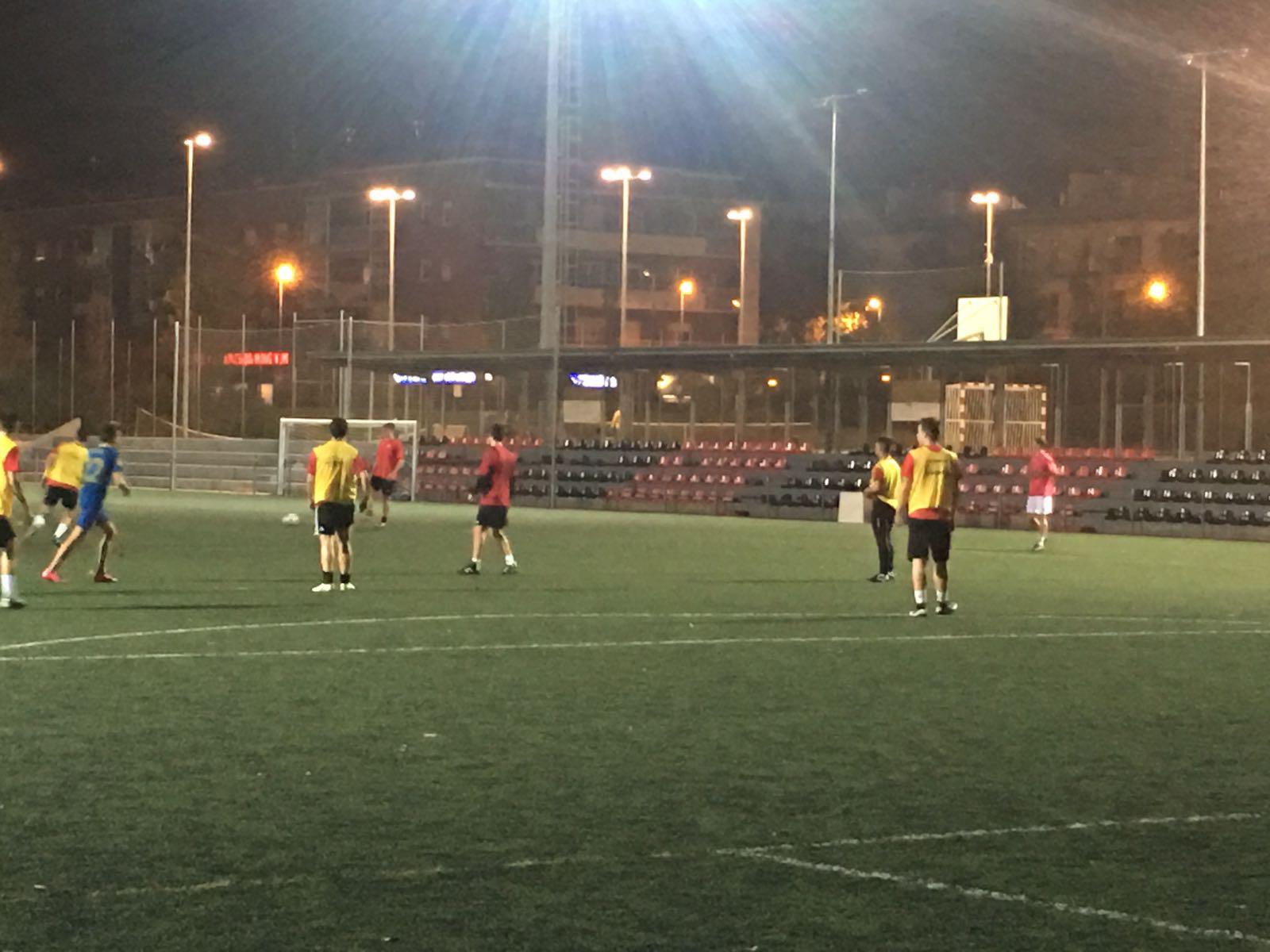 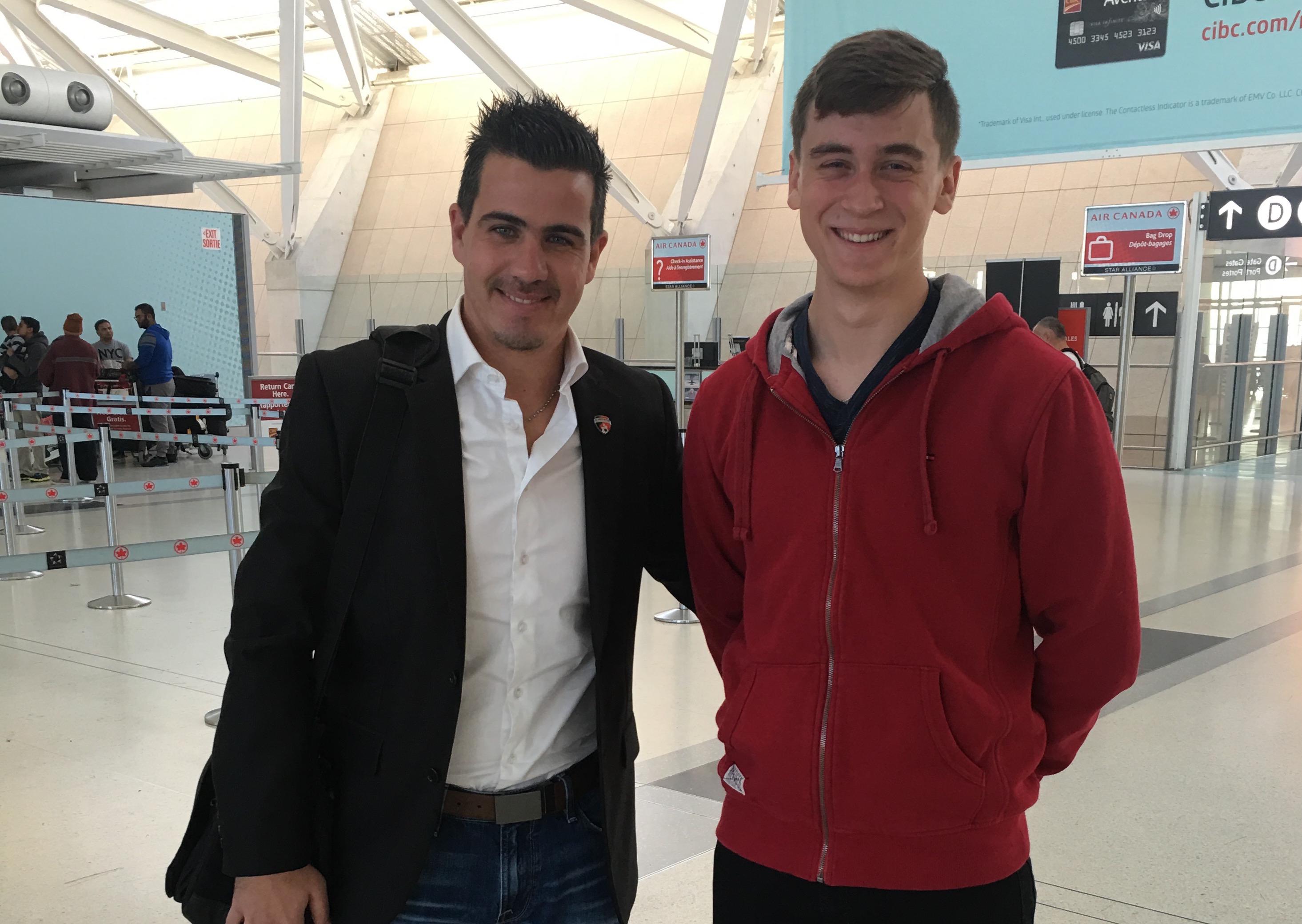 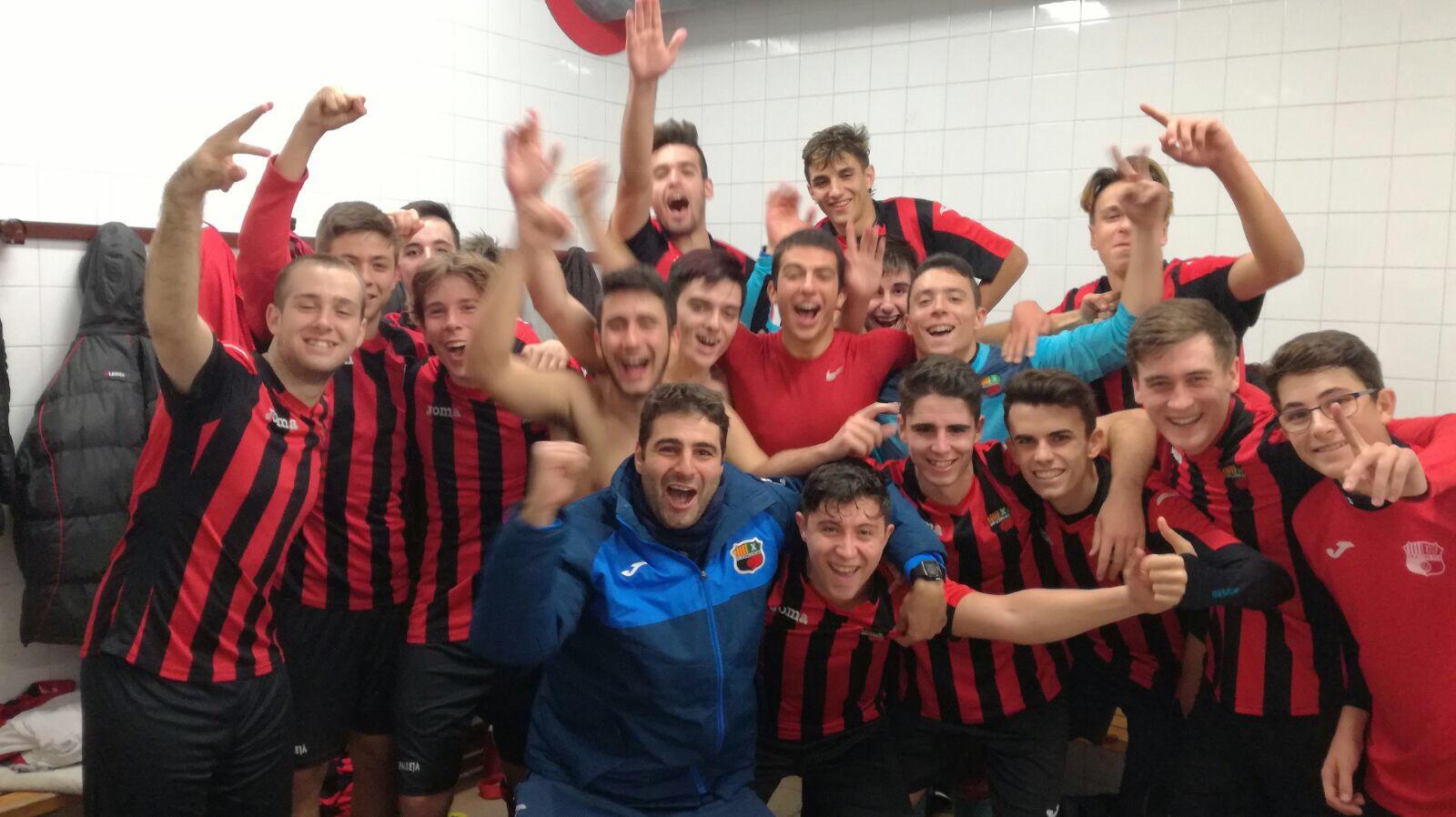 PUTTING CANADA ON THE MAP

International careers in soccer are taking roots at a local club in Mississauga. After ending the 2015-16 season on a triumphant note, Clarkson Soccer Club has scaled new heights this season. The U-17 boys travel team has just returned from their South American leg of the tour, having participated in exhibition and competitive games in Uruguay and Brazil.

Ricardo Isgro, Technical Director of CSC, under whose programming, the club has produced many a great players such as Anthony Osario, Jerome Smith and Lucas Scorzafave, led the travel team to compete with native professional clubs like SC Internacional, Gremio and Club Nacional.

Clarkson prides itself on being the only soccer club in Ontario to pioneer this kind of a program where players get to compete at the highest level and train internationally alongside major, professional soccer clubs. Creating opportunities for players and building strong support are two main focus points of this program, which has been expertly curated by the technical staff.

During this tour, the players got a chance train and compete with players from Gremio, Internacional etc. (please add names) while indulging the vibrant soccer culture that forms the backbone of the South American nations. As a part of the all-encompassing experience, the players also got to observe the local matches with an audience of 80,000 fans.

The U-17 teams from Clarkson have been competing in South America for many years. This is the first year where their competition has led them to Brazil. The players not only learned invaluable skills but also developed international connections that will open new doors for them as they advance professionally. Continuing the successful streak, a handful of players have been selected to participate in a three-month tryout in Brazil to be held July-September.

The 2016-17 season is looking very strong as the Clarkson U-17 girls travel team heads to Barcelona in September to participate in friendlies against with competitive clubs. The U-17 girls and boys are also actively seeking opportunities in the US and Canada through the Club Scholarship Program.

As the club embarks on its 43rd year, Clarkson is committed to advancing the sport locally and internationally with its growing membership. The unparalleled exposure and all-round training will definitely see the churning out of major soccer players in the seasons to come. Even after this exciting season, there’s a lot more in the works, with the Special Olympics just around the corner and the Punta Cup opening in North America for the first time in 2017.

It’s a stellar example of how a club based out of Mississauga has successfully catapulted local Ontario players into the international limelight  through the dedication and commitment of the club’s leaders to the sport of soccer. 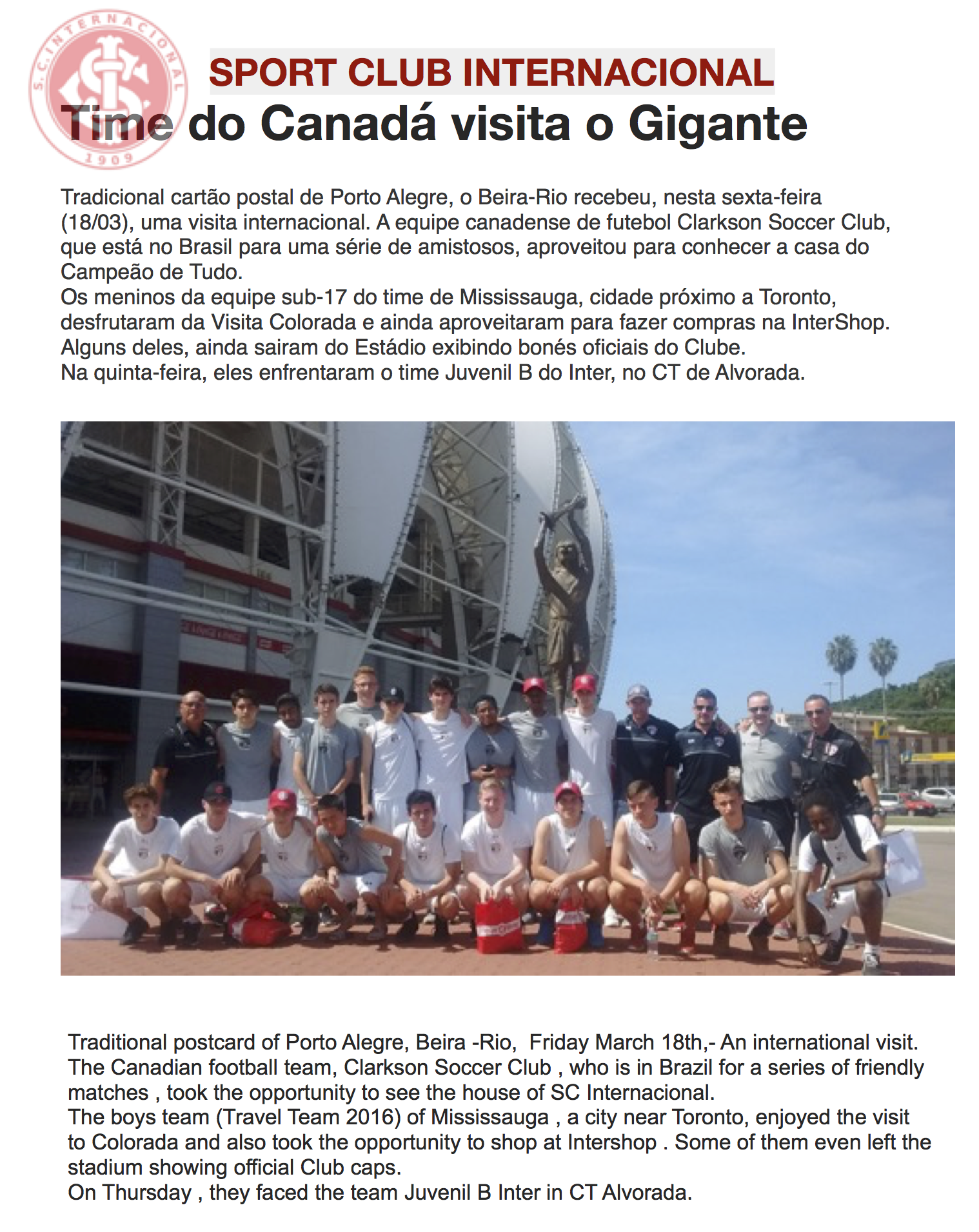 Canadians who are making a 10-day tour in Brazil, also positively evaluated the friendly. "For us it is a great opportunity to accomplish an exchange of footballing knowledge. We know the good base of work that is done here at Inter, so we want to enjoy our stay and make the most of the learning experience, "said Ricardo Isgro, coach/Technical Director, Clarkson Soccer Club. Internacional Training Center Internacional Youth Director: Ademir Costa Internacional General Manager: Jorge Andrade Clarksons SC Ricardo Isgro, Diego Pereria, Patrick McNamara, Rubén Miranda SPORT CLUB INTERNACIONAL 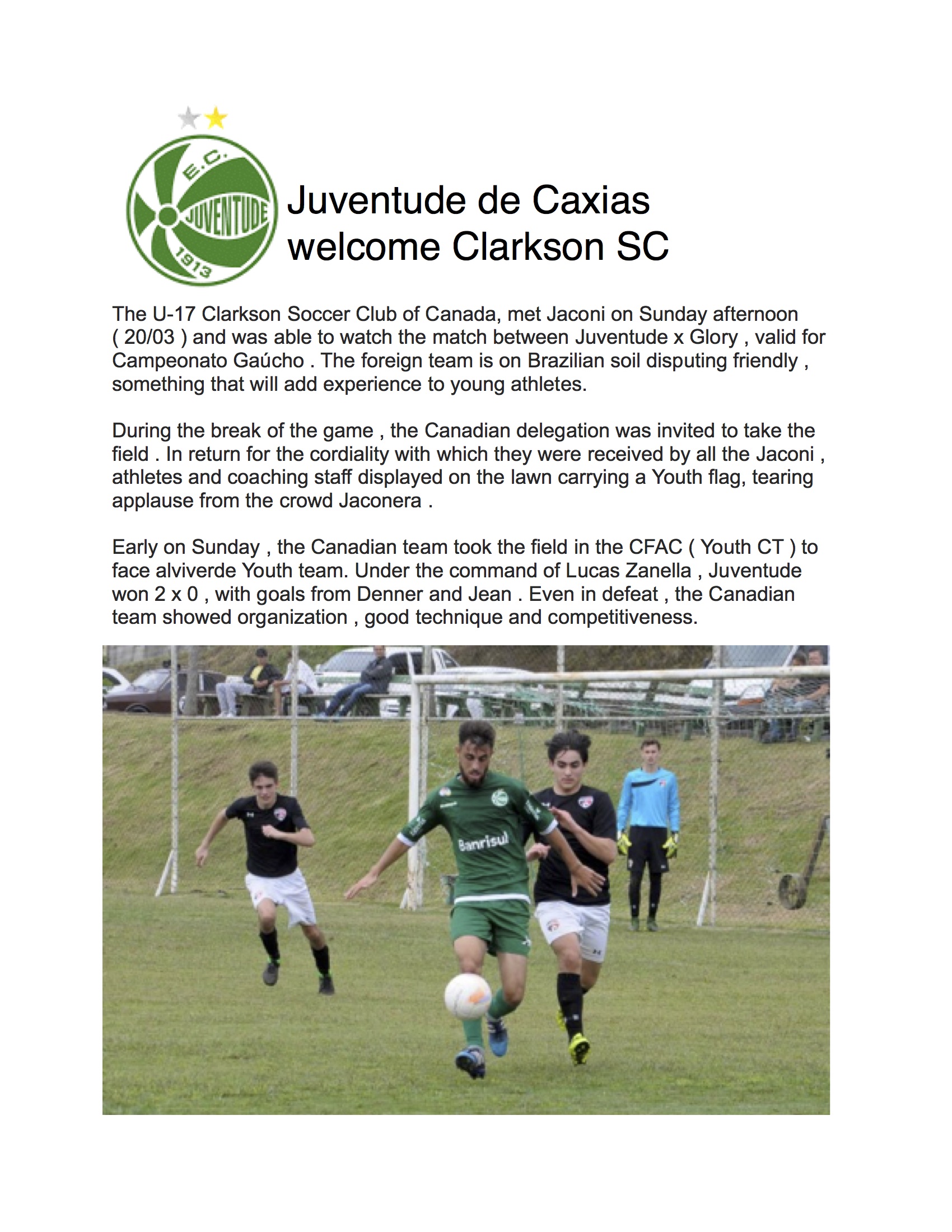 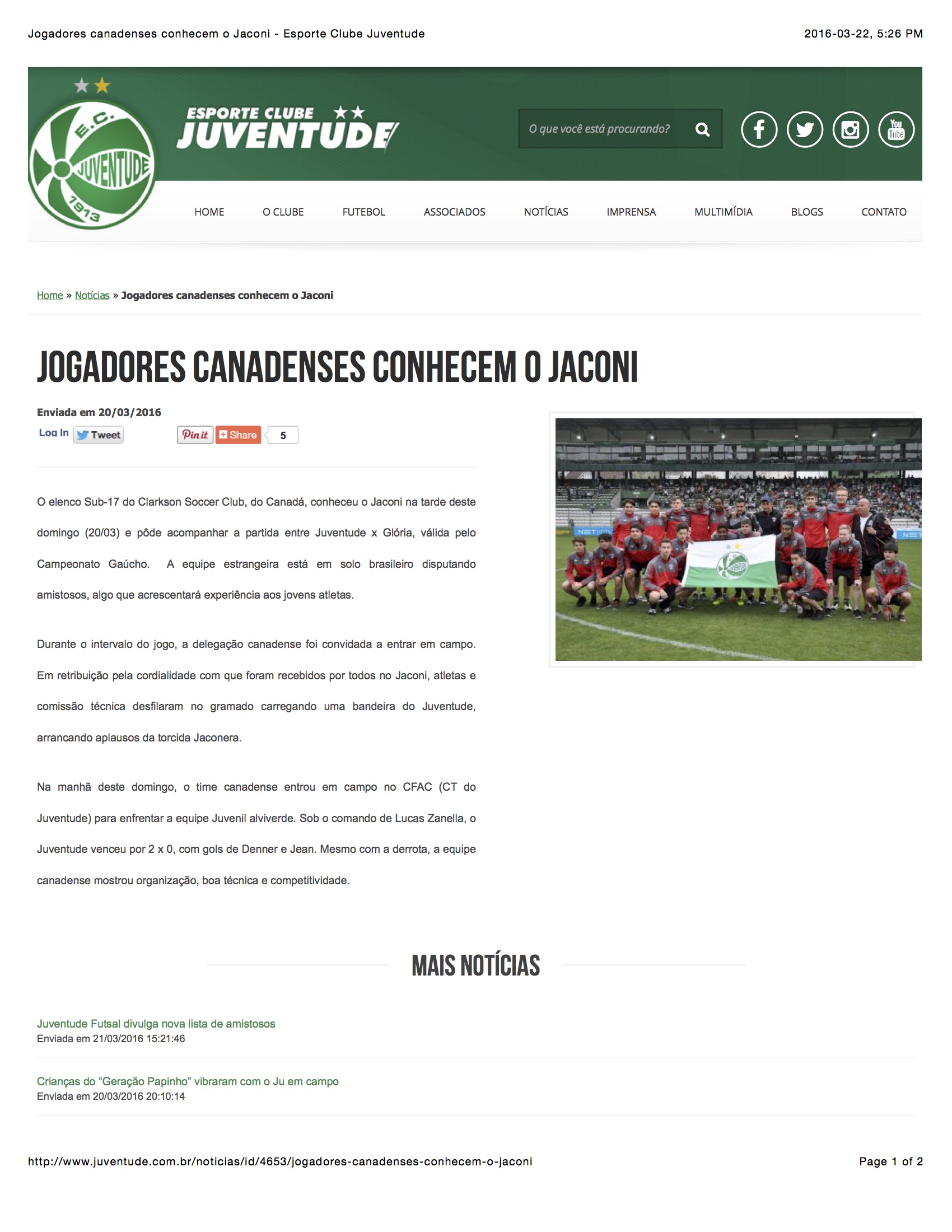